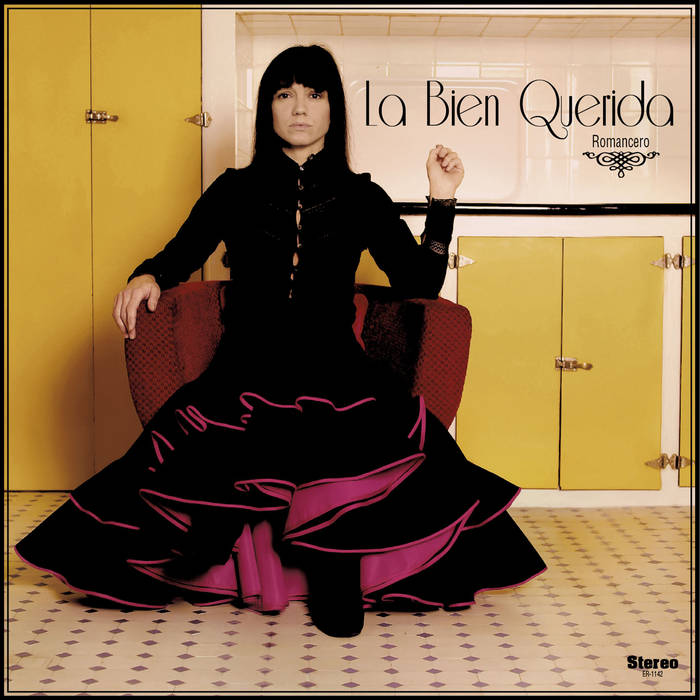 When J (LOS PLANETAS) urged his friend Ana Fernández-Villaverde, a painter up to then, to write her own songs, little did he imagine what he was starting. It was 2005 and she had bought her first guitar one year before. Suddenly LA BIEN QUERIDA revealed herself as one of the brightest musicians to appear in recent Spanish indie-pop. Her demo, recorded in 2007 with the help of Horacio Nistal, made everyone who listened to it, and there were a lot of people who listened to it, fall in love with it. Her myspace page, with nearly 125,000 listens, is one of the most visited pages for a new artist. Her songs were simple things (with her on guitar and some minimal arrangements) but with a disarming beauty, fabulous poems about falling in love and out of love that follow the line of LOS PLANETAS without noise, the emotional intensity of SR CHINARRO without irony, the sweetness of LA BUENA VIDA or CLAUDINE LONGUET without the languor, the romanticism of FAMILY without the techno-pop costume. It was chosen best demo of the year by Mondo Sonoro and highlighted by Rockdelux. One of the most excited people was Antonio Luque (SR CHINARRO), who lent a hand as the band in a series of concerts in Madrid at the beginning of 2008. The most popular girl ended up signing with Elefant, who finally have the privilege of releasing her first album.

“Romancero”, with 7 songs already known from the demo and 5 new songs, is one of the most awaited discs of recent years and it’s not exaggerating to say that it’s going to be one of the most important ones of the coming years. Ana went to David Rodríguez (BEEF), for the production, with the idea of distilling the marvelous production of LA ESTRELLA DE DAVID (David’s solo project) with clean sounds more fitting to the friendly environment of her melodies. The result is that Ana’s songs take on a unique artistic dimension with David’s inventive sound, and he shines like never before domesticated in the naturalistic beauty of Ana’s songs.

The album therefore has two sides: one the one side are Ana’s precious melodies, self-sufficient with their formidable lyrics, sincere declarations and mature reflections that reflect the always interesting and exciting paths of falling out of love, of frustration, of fear, the uncertainty and euphoria of love. On the other hand you can also enjoy David’s superb work on the production and his personal arrangements, as peculiar and bizarre as ever. Always looking for the difference with the combination of such disparate elements that only he is able to imagine, but later they come together as if they were meant to be. And they have an admirable subtlety that doesn’t get in the way of the songs. It’s the vision of a privileged artist that ultimately increases the beauty of the songs in a surprisingly perfect fit and without taking away any protagonism from what is really important, which is Ana’s voice and lyrics.

The production sometimes consists of radical deconstructions that are almost able to go unnoticed, like on “Ya No”, where Ana’s melody carries the weight of the song while the instrumentation alternates between calm and tormented in a cubist-spirited fractured and discontinuous way, echoing the feeling of the loss of love in the song. This happens again on “Bendita”, a ranchera reconverted by David into a precious ballad with an extravagant rhythm, jazzy tinklings and Marceli Canalls’ two-toned accordion; the song has as much nerve as charm. “Cuando Lo Intentas” is a miniature in which, over a disquieting ambience created with a combination of soft synthesizer breaths and heavy piano chords, Ana’s sweetness and a precious melody that lights up a mandolin reign. “Los Estados Generales” is another cubist reconstruction, this time mixing a standard sixties pop ballad with traces of a chamber orchestra over a collage of fractured Latin rhythms. “Golpe de Estado” begins with the speed of a country hillbilly (with Daniel Descabello of TARANTULA on the guitar) and suddenly a flugel horn takes us back to the pop of Ana’s melody that is shouting an inspired declaration of love. The perfect marriage between LA ESTRELLA DE DAVID and LA BIEN QUERIDA is forged through a duet with Ana and David on “7 Medidas de Seguridad”, a self-sufficient vocal melody wrapped in a winding flute, Martian synthesizers, and a warm flamenco guitar (only by Juan Antonio Grimaldos) that winds up dancing to a surrealistic end. Pure Spanish flavor, intensity and a certain sinisterness: it’s a Goya painting with interesting and suggestive lyrics.

On other occasions, the production keeps to the side, noting accents, like on “Corpus Christi”, which doesn’t need much more because it’s a complete song that makes you fall in love with it’s charm – maybe one of the most beautiful declarations of love ever sung. “De Momento Abril” has more exotic flavors that, together with the rhythm and the flamenco clapping, has the spark of a string arrangement by Mohamed Soulimane, from the ORQUESTA ARAB DE BARCELONA, that mixes Andalusian and Arabian. It’s the perfect counterpoint to the song’s contagious romanticism. The spiteful “El Zoo Absoluto” sounds like flamenco-rock, hurtful with its sharp guitars, an incisive rhythm and the reappearance of the ORQUESTA ARAB strings.

On “Adn” Ana shares the vocals with Joe Crepúsculo, and the disquieting ambience that the production achieves has a density that mirrors the song’s mood, the existential grief turned into a beautiful love song. “Santa Fe” reaches a contagious intensity with its skeletal structure and its spectral, solemn beauty that makes the heart beat faster, reminding us of the most emotive moments of THE MAGNETIC FIELDS on “69 Love Songs”. They could have also turned it into a noise hymn or an epic ballad, because it’s one of those glorious songs that adapts to everything. The melody of “9.6” is just as enormous and catchy, with its fragile beauty that explodes with the eruption of a festive techno-pop (just in case the album needed a song that moved more toward Stephen Merritt) that gives another life to the song’s optimism.

In the end this all moves toward THE MAGNETIC FIELDS, not so much because of the sound but definitely because of the spirit, the quality and because of its personality. “Romancero” gets close to the level of “69 Love Songs” because it shares its dead-on combination of poetic sentiment and artistic individuality. They are songs that are dressed subtly eccentrically and originally without losing their ability to express feelings. And they do so in an intelligent, sincere and moving way. They are songs that drive into the heart and make a space in the head with apparently simple melodies, although the harmonies are not obvious at all and the arrangements even less so. It’s a work of art in its purest form, capable of communicating the most moving emotions through its beauty. Without a doubt, “Romancero” is a landmark album.