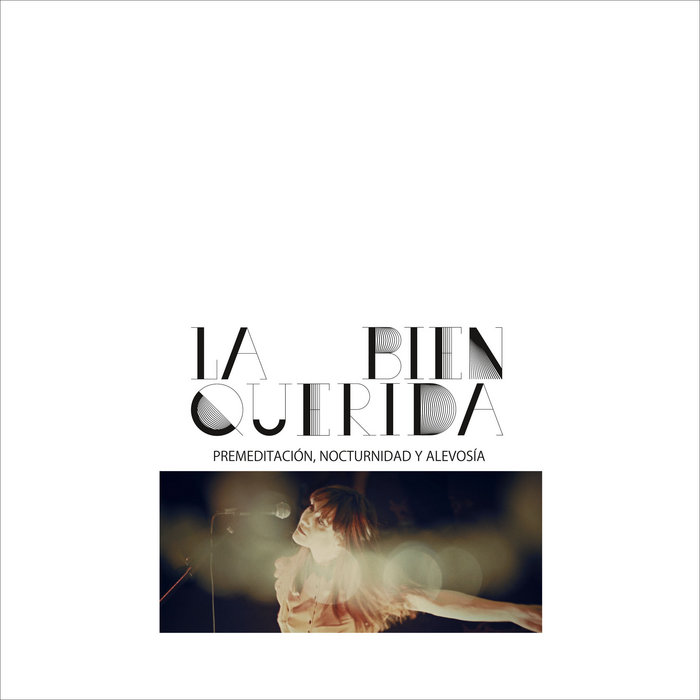 The circle is closing. That triple EP promised great things. The reviews, the listeners’ reactions, and the positions on both Spanish and American music lists (Rockdelux, where it appeared in various categories, including listeners’ choice, song, video… ABC, Astredu Pop, Mindies, Notodo, Diario Crítica, América Económica, etc) all indicated such. The album was marked by three sixes – October 6th, 2014, January 6th, 2015, and March 6th, 2015, the release dates of each of the EPs – and by a series of audiovisuals directed by Juanma Carrillo which contained a very special mystery. The perfect plot, we even called it. And here is the squaring of the circle: “Premeditación, Nocturnidad Y Alevosía” on DVD, with the three parts of the movie together, various videoclips, a making of, and a CD of remixes. Let’s take this step by step.

“Premeditación, Nocturnidad Y Alevosía” is a complete work, conceived from multiple perspectives, beyond the excellence of the music. The different album covers (the three Maxi-Singles that went together, the impossible perspective of the final CD), the videos, the movie… All of these things make this final release necessary, and to make use of the loose pieces, of the documents that needed to be calmly enjoyed, in a complete format, for the multi-faceted visions that come from re-interpreting a work that will undoubtedly be talked about and remembered for a long time.

Putting all these pieces together now, we can see a group of children in Juanma Carrillo’s film who appear out of nowhere and slowly seduce everything around them into their power. It’s a metaphor about the purity and innocence of true love that inevitably turns into pain, playing ambiguously with the supernatural, with the way feelings can be unpredictable and uncontrollable. Accompanying this piece, on the DVD we can find videos of “A Veces Ni Eso”, “Arenas Movedizas”, “Aurora”, “Luna Nueva”, “Hoy”, “9.6”, “Corpus Christi”, “De Momento Abril”, and a “making of” from the film-recording process. A stunning, prodigious career is shown in a few minutes.

And finally, the CD of remixes, with personal visions from some of the most well-known national artists. SVPER add a wall of sound to the hit “Muero De Amor” (which was at the top of numerous song of the year lists, as well as video of the year). LOS PILOTOS (Banin and Florent, from LOS PLANETAS) and COAXIAL are in charge of “Geometría Existencial”, in the key of dream-pop. Aaron Rux deconstructs “Vueltas”; Alejandro Martínez-Kinski puts an amazing spin on “Música Contemporánea”, turning it into a flamenco-style rumba; RUSSIAN RED and DJ Lloret deform “Crepúsculo” and give it a broken techno-pop touch. TULSA and BETACAM are in charge of “Carretera Secundaria”, and they give it a touch of Steve Reich with mysterious breaths of arpeggios. Dani Ites takes over “Encadenados”, showing off that NEW ORDER-y base line, but then pushing it further with synth-pop; and YUNG BEEF infects “Ojalá Estuvieras Muerto” with auto-tune. Joe Crepúsculo is his usual bizarre self with “Disimulando”, somewhere between Bollywood and Knight Rider”, while Nacho Canut brings the tablas out to shine with “Alta Tensión”, making a true dance-floor version. LE PARODY let go on “El Origen Del Mundo”, and leave the final round-up to the two faces of “Poderes Extraños”: the disturbing version with echoes of DEPECHE MODE from TRIÁNGULO DE AMOR BIZARRO (Versión Piroquinética), and on the other hand, the colorful disco-dance version by Álex Casanova (Versión Crioquinética).

This release definitively closes the circle of a work of art that we can now say with no hesitation will be unrepeatable. And we are left with one question: How far will Ana Fernández-Villaverde and David Rodríguez be able to go? We can’t wait to tell you.