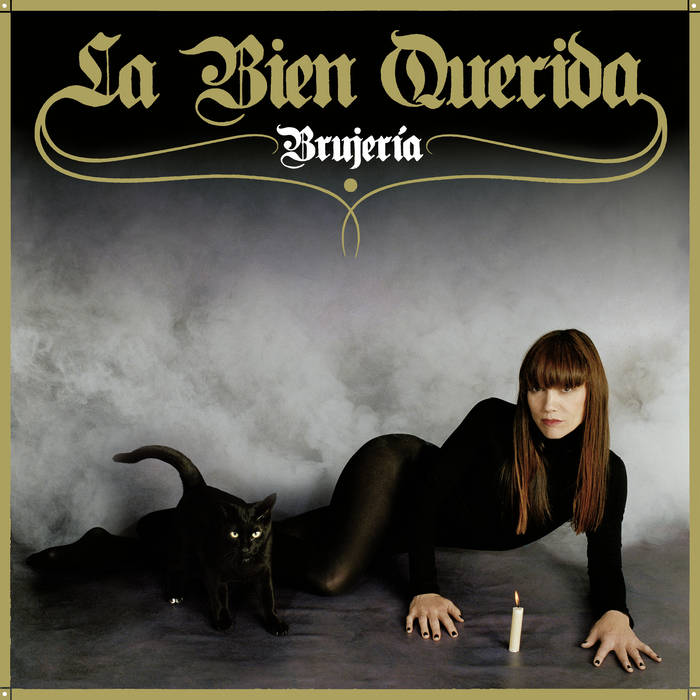 After have made that trilogy that was “Premeditación, Nocturnidad Y Alevosía”, and her last album, “Fuego”, it should not come as a surprise that the sixth album of Ana Fernández-Villaverde‘s career is called “Brujería”. But the game of mirrors is radical. Because, “Brujería” is probably the most open and direct about emotions, where the songs touch tangentially on the mystery to dive in more deeply lyrically and epically. It is an album about love, brutal and raw, without metaphors, as is her style. Darkness and light, and each song leads unequivocally into the next.

“Love and falling in love with something or someone is full of witchcraft. When we fall in love we feel like we are under a spell cast by the object of our affection. The effect is similar to a highly addictive drug; it creates strong ties in our mind between pleasure and the thing we desire” Ana says. Titles like “La Verdad”, “¿Qué?”, “Te Quiero”, “La Fuerza” and “Miedo” make a point of this direct and impressive concept, which is challenging at times.

This is an album where mid and slow tempos abound, songs that turn into instant classics like only Ana knows how to do. After “Hechizo Protector” which leads us into the first track, the wall of sound of the highly cinematographic “La Verdad” makes a chill run down your spine. On “Te Quiero”, you get carried away; on “Déjame Entrar” we feel the influences of Ennio Morricone and “¿Qué?”, is “Blue Monday” and “Just Like Heaven”, it’s the confusion, the not knowing how to read the signs. That’s when we realize that when a memory is formed there is no way of distinguishing between what is true and what is false, but also that it’s that impulsive and immature love we have all felt at some point.

And then we get to the “Miedo” (fear, in Spanish) that the relationship isn’t equal, and that one person loves and is giving more than the other. Paracelso, the Swiss doctor and chemist said that “All things are poison, and nothing is without poison” and that’s how “Me Envenenas” is, it’s the dose that makes the poison. “Nubes Negras”, naked, painful and sincere. “Domingo Escarlata” is the longing for those past experiences, where the voices of Ana and J from LOS PLANETAS come together like something from another planet. “Morderte” explodes like M83’s most apocalyptical songs, with an air of MY BLOODY VALENTINE, to tell us that you don’t want things to be over, that you refuse to end things. And finally, “La Fuerza” (the only Castillian touch on the whole album), where you realize that you have to treat the pain badly so that it doesn’t trap you; you have to take the reins, take control, and then yes, begin again and go crazy all over again, because there is no preservative or antiseptic or anything that keeps the heart young like love does, like empathy, like giving yourself enthusiastically up to a cause as worthy as making songs.

This is an elaborate album, conceptual but accessible, because we have all felt like we were under the spell of something or someone. Ana takes a giant leap in composition, lyrics and harmonic progressions. “Brujería” makes it clear that we are looking at her best work to date, a collecting of stunning, heartbreaking songs that are classic and modern at the same time, that position her alongside the great composers of our times in this country. The sonic design is careful and precise with the production work of Carlos René (AXOLOTES MEXICANOS), a sonic universe that reminds us of the different artists of recent eras: NEW ORDER and THE CURE, but also LANA DEL REY, M83, BEACH HOUSE and CIGARRETTES AFTER SEX. DEPECHE MODE and KRAFTWERK. Synthesizers and strings to transmit the mystery and the magic.

The cover art, based on a photo taken by Pablo Zamora, is inspired by the legendary cover of “Midnight Creeper” by the American saxophonist Lou Donaldson (Blue Note, 1968). It is an album with close ties to witchcraft and magic; each song is related to a spell. Everything is designed by Mario Rivière (whom Ana knows from of the book covers from “La Felguera” publishers) and is a combination of illustrations, with drawings of the spells - one for each song - that can be practiced at the alter that is included in the physical release of the album (vinyl and CD format). With gold ink and red vinyl, the album packaging itself is a work of art.

“Brujería” has its origins in the book “Fossil Angels” by Allan Moore which says that: “Art is magic and magic is art”. Writing is a magical act of invocation and alchemical transformation in action. Duchamp, Blake, Baudelaire, Kandinski, Lautréamont, Mondrian, Dalí, Picasso… They were all connected with the work of mystics and occultists. “Brujería” is an album that shines in its conception as a whole and that’s how it needs to be listening to. Moving, wrenching, and universal; it is impossible not to fall under its spell.